You are at:Home»Dating & Relationships»Getting A Girlfriend: Learn This Key Lesson 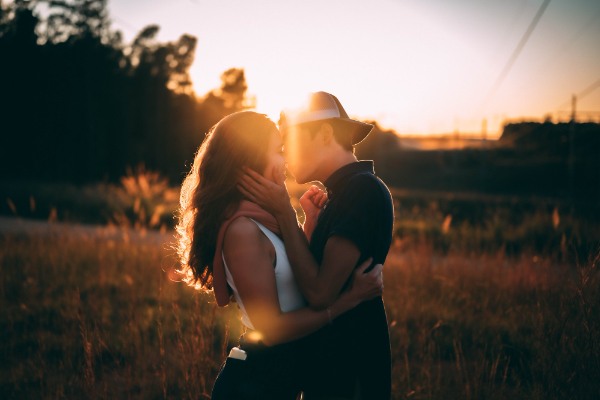 Here’s an example: A guy will go out on a few dates with a woman and start to feel like he has to solidify things with her. Here’s what tends to happen:

He starts to really like the girl, so he wants to spend more time with her. As his attachment to her increases, his attachment to the future he’s envisioning with her also goes up. He wants to always be with her, kiss her, sleep with her, and make her his girlfriend. He thinks about her or even obsesses over her so much that he actually starts to get nervous and insecure when he’s around her… He might even start to feel kind of possessive.

When he’s sending text messages to the woman and she mentions that she has plans to go out on the weekend, the guy starts wondering “why didn’t she invite me?” When the two of them are out on their second date and she talks about how she went out to the bar for drinks with her friends last Friday, the guy starts wondering “what if she gave her number to another guy?”

If you have at least some basic knowledge of dating & relationship advice then I probably don’t have to tell you that women find this kind of behavior to be a huge turn off. But it’s weird because when you start to really like a woman, doing these kinds of things seems so natural. How can you stop this from happening to you? Well, it’s a simple answer, but it goes entirely against your natural impulses…

When the two of you are together, your main goal should be to try to have as much fun as possible, NOT to try to lock down your future with her. Just take a moment to think about this. If you’re having tons of fun with someone the first time you’re hanging out with them, wouldn’t you want to spend more time hanging out with them? And if the two of you are having tons of fun every time you hang out, starting a relationship with them would be very easy, don’t you think?

On the other hand, if the person was acting nervous and insecure while you were hanging out, and was trying to force you into hanging out with them again, you’d probably only spend more time with them because of the guilt you’d feel. And as you probably already know, guilt doesn’t help at all when it comes to getting a girlfriend.

Take note of this key lesson for getting a girlfriend 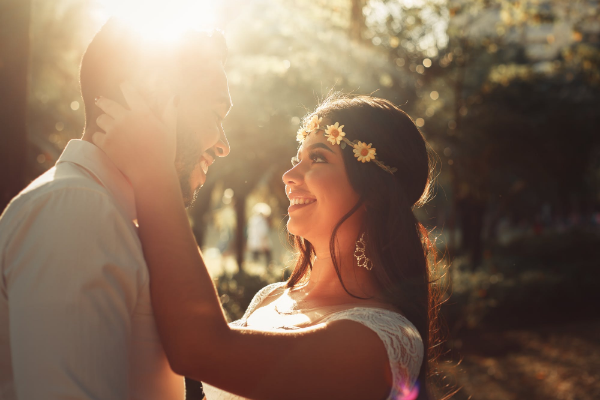 This key lesson for getting a girlfriend is, when you’re spending time with her, just focus on being fun, making her laugh and smile, and making it a point to just live in the moment.

Let me go more in-depth into this… Because, while your main goal is to have lots of fun while you’re spending time with her, you also want to get her investing in a future with you. This future investment is what gets her constantly thinking about you and wanting to be with you. My friend Christian Hudson has a little saying for this:

“Live in the moment, flirt with the future.”

You ALWAYS want to live in the moment when you’re with that woman you like. As mentioned already, just have as much fun as you possibly can, and understand that when you do this, she’ll be just as eager to spend more time together as you are. However, the second key point to take note of in Christian’s saying is to also “flirt with the future.”

Flirting with the future means that you want to give subtle hints of some of the things you’re planning on doing. These are things that you and her could do together… But the key is to casually mention these things in a way where she won’t even know for sure if you’re being serious about them. Here’s one of Christian’s examples, where he tells a woman about his favorite place in the city to get pizza…

“Wait, you’ve never tried Artichoke Pizza? It’s the most amazing pizza joint in the city! We’re definitely going there next time we hang out. They actually mix together Artichoke dip and cheese, then bake it onto their deep-dish pizza. What pizza place have you ever been to that beats that??”

Take note of how Christian very subtly mentions the idea of “next time we hang out”. And also take note of how he made no attempt to confirm the plans. The goal is to be so confident and casual that the two of you WILL spend more time together in the future that her attraction for you increases even more. Here’s one more example from Christian:

“No way, you like Dazed and Confused too? I thought I was the only one! Okay, you and I are definitely gonna do a movie marathon soon. What are some other movies that you like?”

See how confident and casual he was? You basically just want to confidently assume that you WILL be doing something with her in the future… And then immediately follow up with a question before she has a chance to reply.

When you’re talking to her this way, you’re flirting with the future. Touch and go. You’re casually suggesting fun things to do, then moving right onto another question. When it comes to getting a girlfriend, this is one of the most attractive things a man can do.

First off, it helps you find things you have in common with her, and also gets you talking about the things that interest you, which is a great start. Then it also shows her that you have huge confidence in yourself because you know you’re going to be seeing her again (trust me, women do pick up on this). But the real reason this makes you so attractive in her eyes is because it creates a bunch of “future memories” of the fun times the two of you will be having in the future.

Her mind becomes flooded with images of the two of you having great times together, doing all sorts of fun stuff. She fully knows that she’s always going to have a great time when she’s with you because you’re always living in the moment. And because you aren’t one of those needy, clingy guys who tries to over-confirm your plans with her, she starts to wonder if you’re even serious about all the future plans you’re setting up with her… And this gets her questioning to herself whether or not you even really like her…

At this point the tables have shifted, and SHE starts trying to lock YOU down. When I use this technique and am onto the second date with a woman, we usually have a fairly long list of all the things that I confidently and casually mentioned we will be doing together. And as long as her and I are both having fun, there’s no doubt in my mind that she’ll want to continue hanging out with me.

When you apply this stuff to your interactions with women, “live in the moment, flirt with the future”, you’re going to have a huge advantage over every other guy. Even if they have more money or are way better looking than you, you’ll still be her #1 choice. This is one of the best techniques you can use when it comes to getting a girlfriend.

My friend Christian Hudson actually read through dozens of literotica novels, and ended up discovering some incredible similarities between them, which he refers to as a woman’s “obsession story”.

The “obsession story” basically allows you to override her logical thinking (what society tells her she wants), and tap into her “animal” brain, where she’ll want nothing more than to be your loving, loyal girlfriend…

He created a free video presentation where he reveals his psychology-based discoveries in much more detail… just click the link below to check it out: 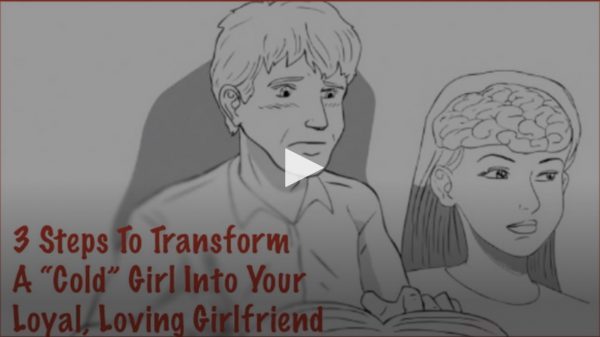 ==> Discover the 3 Simple Steps That Transform A “Cold” Girl Into Your Loving, Loyal Girlfriend

With LEVO Magazine, Matt Webber's goal is to provide men and women with the skills, mindsets, and motivation for achieving their dating & relationship, health & fitness, e-marketing goals... and living the life of their dreams!