You are at:Home»Dating & Relationships»How To Attract Women Effortlessly (By Doing LESS)

How to attract women effortlessly (by doing LESS). For over 13 years, my friend Dr. David Tian has coached thousands of men from over 87 countries to success, happiness, and fulfillment in dating, relationships, and lifestyle.

And whenever he speaks and lectures around the world, a lot of guys come up to him and confess that…

They have fear and anxiety and feel like they’re “not good enough” around the women they desire.

So, they think that they need “more.”

But this is a trap.

The truth is that you actually need to do less.

OK, let’s use an example.

When Robert Downey Jr. walks into a room, he doesn’t have to do much. You’ve already watched and loved his performances in Iron Man, the Avengers, Chaplin, etc.

So he’s already created a ton of “social value.”

That’s an extreme example, but it demonstrates the point:

Women respond better to guys who do LESS. In fact, if Downey Jr. tried to use too much “game” on a woman, she’d think there was something wrong with him! She’d think…

“Why is he putting so much effort in? Why is he trying so hard?”

It’d make her think that he was insecure… needy… and it’d KILL her attraction for him.

So look – I know you’re not Iron Man.

Neither am I. But Dr. Tian DID figure out how to use this secret to explode his clients’ success with women.

He calls this, “The Do More Trap.”

This principle explains why a king sits on the throne while everyone else comes to him and stands or kneels.

It’s why women chase after rock stars, and how the band members can get someone else to select the women and bring them to their rooms.

It’s why the male lion takes a nap all day and the females go out to hunt and bring him food and come to him to mate.

Remember this one? DiCaprio just waved away little Justin Bieber, while Bloom went out of his way to fight him.

(If you don’t know what I’m talking about, google it; it’s one of those rare gossip stories that’s worth a read.)

The weak man flails his arms about wildly and rushes from place to place and accomplishes little.

The strong man waves a hand and his will is done.

Actually, women LOVE emotionally strong men. But without a solid understanding of this psychology, most men just end up undermining their attractiveness by trying to do MORE.

I thought I had to be funnier, tell more stories, get better routines or lines, etc., and I was guilty of running my damn mouth a million miles a minute whenever I was around a girl I liked.

Because the women I liked intimidated me. And deep down (even though I would never have admitted it back then), I felt like I didn’t really deserve them.

So to make up for my insecurities and lack of confidence in my own self-worth… I’d talk a lot to try to impress her, or to justify my presence there… to do the “work,” so that she would like me.

So let me take you into the mind of a woman. If you’re talking too much, she’s thinking, “He’s nervous. He’s insecure. He doesn’t think he’s good enough.”

(BTW, this is different from a man who talks a lot because he likes to, or because he’s in charge, confident, or having a fun time.)

In Dr. Tian’s new 4-part video series, one of the key topics he covers is the difference between the two.

For now, just understand that the “Do More Trap” afflicts almost all men, especially achievers…

Because they do more to try to cover up their (often unconscious) insecurities around the women they really like… and they don’t know any better.

But today, all that’s going to change for you… 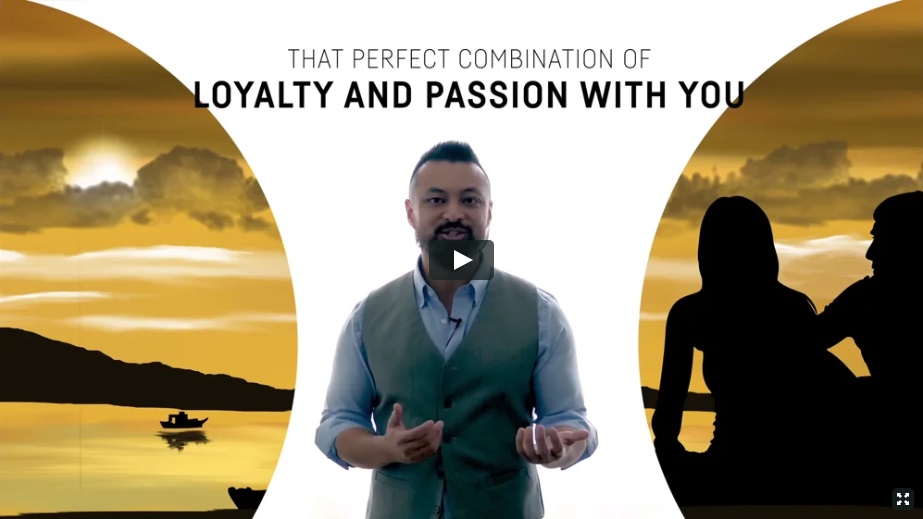