You are at:Home»Dating & Relationships»How To Create Irresistible Desire With A Woman You Like 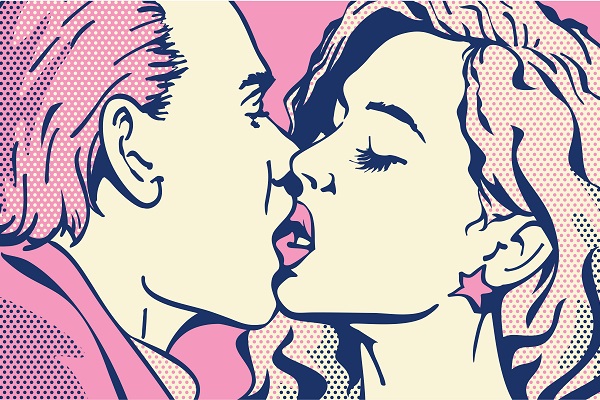 Today’s article is a bit of a history lesson which leads up to some valuable pieces of advice for how to create irresistible desire with a woman you like, so here we go…

In the 1940s, two researchers named James Old and Peter Milner accidentally discovered how a special area of the brain is the source of our cravings.

The researchers implanted electrodes in the brains of mice that enabled the mice to give themselves tiny electric shocks to a small area of the brain called the nucleus accubens.

The mice quickly became hooked on the sensation and would even forgo food, water, and even run across a painful electrified grid for the opportunity to continue pressing the lever that administered the shocks…

A few years later other researchers tested the human response to self-administered stimulus to the same area of the brain.

The results were just as dramatic.

The subjects wanted to do nothing but press the brain-stimulating button.

The startling results showed that the nucleus accubens was not activated when the reward was received, but rather, in ANTICIPATION of it.

The study revealed that what draws us to act is not the sensation we receive from the reward itself, but the need to alleviate the craving for the reward.

It’s the STRESS of DESIRE that compels us.

And that stress of desire is almost always necessary to get a woman completely devoted to you.

Think about movies for a second.

The reward in a movie that we crave is usually the good guy finally defeating the bad guy, or the couple finally falling in love… or whatever.

The best movies dial up that stress, tension, and anticipation to almost unbearable levels that have your eyes glued to the screen.

And during that period – your nucleus accubens (the pleasure center) is stimulated like crazy.

It would be nearly impossible to pull you from the screen until you find out what happens.

But, what happens the second time you watch that same movie?

Or the third time?

The anticipation, tension, and stress is not quite at the same level because you already know the ending.

Everything is now predictable.

That pleasure center in your brain is just not being stimulated at that same level.

So let me ask you…

Did you ever have a woman who started off very hot for you? She seemed to be devoted? Falling for you?

And then BAM after a couple dates she started pulling back and losing interest?

Can you guess what happened?

The movie got too predictable too quickly and all the tension, stress, and anticipation was relieved too fast.

And she starts experiencing the “Come Down”.

The “come down” is that moment she realizes it’s just not as good as it was.

The high has worn off.

And it’s at that moment her mind turns toward another man who will provide that tension, stress, and anticipation that she craves.

They all must be present BEFORE the reward, and continually cycled at unpredictable points…

Let me give you an example of how this works in real life. Imagine you go out on a date with a woman. Things go well.

And over the course of the week the two of you have been texting.

The first time you text her there is massive anticipation of when she’ll text back, what she’ll say, will she want to hang out again?

So when your phone beeps right away that you’ve got a new message, your “pleasure center” is peaked.

Now lets say that over the course of the next week she responds to your texts within a few minutes.

By the end of the week that “high” you get from her response isn’t quite the same as it was.

Where are your levels of anticipation, stress, and tension now?

Probably through the roof!

(Unless you’ve got solid inner strength – more on that below…)

So when your phone finally beeps signaling her text has arrived, your nucleus accubens just got a greater sized dose of pleasure from that text than usual.

So, where do most men mess up?

They don’t provide the woman they like with any of that anticipation, stress, or tension.

And women will almost never become completely devoted unless you do.

Now, there are 19 specific truths of seduction you can use to create that tension, anticipation, and stress at unpredictable intervals that can get a woman to feel irresistible desire for you…

These truths basically allow you to keep re-writing the movie so that the woman you like gets glued to the screen.

And every time she thinks she has you figured out, you pull the rug out right from under her and get her to feel even more desire for you.

I don’t think so. You’re giving her what she wants.

And as long as your intentions are good, then it’s for the best.

You’re stimulating the pleasure center in her mind.

If you were a screenwriter writing a movie wouldn’t you want to pack as much tension and anticipation as possible?

Wouldn’t you try to make the movie as least predictable as possible?

So why not look at your interactions with women in the same way?

It’s also important you’re aware of when these truths of seduction are affecting you. Even if you have no intention of using this seduction guide with the woman you like, you’ve got to understand how they affect you.

You’ve got to have solid inner strength and “emotional control” over yourself… or you’ll find yourself in a world of pain, over and over… I know this from personal experience…

Unlock Her Hidden Fantasy can be a HUGE help for developing rock solid inner strength, while also handing you the secret keys to getting women to make things much, much easier on you…

==> Discover the ‘secret keys’ to getting the loving, loyal girlfriend of your dreams