You are at:Home»Dating»How To Seduce Women With Qualification 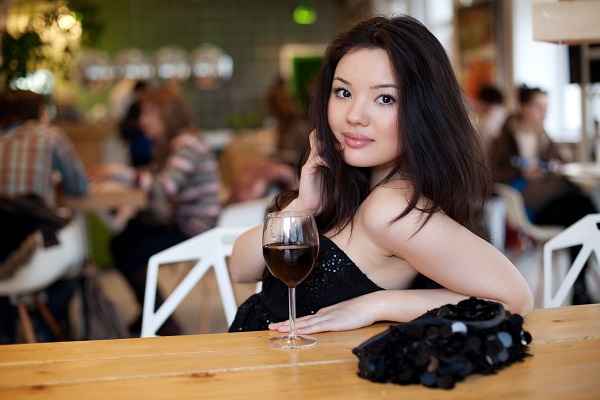 All of these qualification methods for how to seduce women are designed to move you through the seduction process and end up with achieving your ultimate goal. Follow them carefully and you’ll be satisfied with the results.

Using Hoops As A Technique For How To Seduce Women

One major technique all guys must learn if they want to know how to seduce women is the concept of hoops. Hoops are basically what both men and women throw out during an act of seduction to see if the other person is willing to jump through them. The bigger hoops the person is willing to jump through, the more likely they will be to do what the other person wants. In the case of men, they usually want the girl to sleep with them.

Girls are masters at throwing out hoops because usually, men believe they have to jump through them if they want to get the girls into bed. Men are usually more willing to jump through hoops because they don’t realize that the person jumping through the hoops has less power in the relationship. As such, guys need to recognize when a hoop is being thrown and decide whether or not they want to jump through it. A common hoop that a girl will throw out is asking a guy to buy her a drink. You can decide if you want to get her a drink or if you want to ignore the request. It’s probably better to ignore this hoop if it’s thrown out early and often in an interaction. This is a bad sign if the girl is asking for a drink right away. However, you can always tell her that if she gets the first round, you’ll get the second one, which reverses the situation and allows you to take control.

Just as there are different levels of qualification, there are different sizes of hoops you can throw out. The small hoops are basically yes/no questions that increase compliance because the girl can simply say yes to a positive female stereotype. Girls who are even minimally attracted to you will answer these questions.

Medium hoops are more in-depth than small hoops. They cannot be answered with a yes or a no and they are used to ensure that the girl is truly interested in you and not just being polite.

Large hoops are the actual qualifying questions that you want to know the answer to as a step towards your ultimate goal of knowing how to seduce women. The girl’s answer to a large hoop question is going to tell you whether or not you’re going to get her into bed.

Great Qualification Techniques For How To Seduce Women

There are five excellent pick up artist techniques that can be used for qualification when it comes to how to seduce women. They are referred to as Bait, Hook, Reel, Release, and Rapport. These five steps of qualification will set the interaction up to go the way you want it to.

When you hook the girl, it just means that she answers your baiting question or statement. She volunteers the information you’re seeking. The answer can come in several different formats. She could simply giggle or she might just say “yes.” Either way, you can begin the next step.

The reeling technique is when you actually try to pick her up. You might tell her that you really like spontaneous girls. However, it’s not enough for you to simply say that you like spontaneity. You need to tell her why you like spontaneity in a girl. This is the time when you screen her to see if she meets your qualifications. You’re letting her know that you’re measuring her up to your standards.

The fourth technique in this model is to release the girl. This is not a technique that must be used after every single reel, but only when she seems like she is uncomfortable with how the interaction is progressing. You can tell if she’s uncomfortable by the way she answers, or doesn’t answer, the questions. If you sense any discomfort, you should let the question go and try another approach by baiting again. Often, if you progress too quickly in the qualification process or throw out too large of a hoop too early, you will need to release.

Releasing should either be followed up by baiting with another question or statement or by rapport. This is where you ask a follow up question about the original question. So, you might say, “what have you done spontaneously recently?” You’re giving her the chance to give you more information that will allow you to indicate interest throughout the interaction.

As you study these techniques for how to seduce women, you’ll see how to progress through a seduction interaction in a way that will give you the best chances to get the girl to go home with you. Study them, learn them, and implement them. You’ll be glad you did.

This article was based on advice from Jon Sinn’s #1 training program called “How To Get Girls To Chase You”. For access to this training program, check out the Universal Mastermind Kit For Men on the next page…