You are at:Home»Lifestyle»How To Stop Worrying: Unlock That DGAF Confidence! 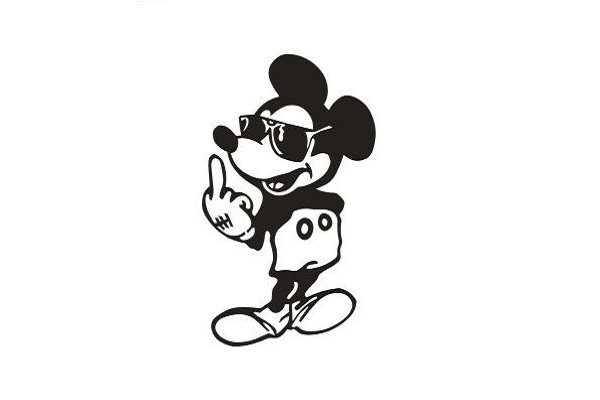 Have you ever noticed how some people just live and breathe that DGAF confidence? It’s like they just can’t be rattled no matter what happens around them or to them. Take a look at Steve McQueen, think he ever gave a flying f*ck about what people thought about him? He gave precisely zero f*cks, and that’s what made him the coolest. When your DGAF barometer goes above zero, you lose your coolness. Either you DGAF or you DoGAF. There’s no neutral stance. So let’s jump right in, here’s how to stop worrying so much and unlock your DGAF confidence.

Why DGAF confidence is important

DGAF confidence is important in life because it means freedom. It’s legit coolness, the ability to be true to yourself, unaffected by what other people say. They could think you’re wonderful or laughable, and it would make absolutely no difference to you.

Let’s make a key distinction here though. We’re not talking about life being meaningless, and that being the reason you shouldn’t care. My life is very meaningful to me, and I hope yours is to you. And that’s exactly the reason why there’s no need to give a flying f*ck about what others think about us.

You see, you DGAF because your life is awesome, not because it’s meaningless. Living without fear of criticism means that you’re living the life you want, with or without the approval of others, because it’s your choosing.

When self-doubt and inner conflicts are non-existent, the options are endless and the sky’s the limit. When you’re beaten down by self-disbelief and doubt, you’re a prisoner to your own mind.

Here’s how to become free AF.

Accept yourself for who you are

I know, this sounds like some sappy sentimental sh*t, so I’m telling you this with great hesitancy.

Accepting yourself has been cheesily overused to the point where most people don’t exactly know what it means.

Here’s what to do right now: Go through all your memories, your strengths, your weaknesses, all your mistakes, those embarrassing moments you thought you’d never live through, all the times you fell down, all the times you won, and every single dumb thing you’ve ever said.

Did you have a stinging sense of embarrassment or shame while going through this exercise? Like maybe back in high school when you finally gathered up the courage to ask out that girl you liked during lunch hour, your voice cracked and her and her friends all started laughing at you (lol…) And you’re telling me that something like that which happened years ago is still affecting you today, even as a grown man?

If that’s the case then your self-acceptance has not yet been reached.

Self-acceptance happens when, and only when, you’re able to run through all your memories, especially the worst ones, and think to yourself, “It’s all good.”

If you’re unable to do this then just let go of those memories already. Embarrassing sh*t has happened to everyone, it’s just some people get over it and handle their lives like a damn beast, and others let those memories plague them and hold them back.

Be the damn beast, get the f*ck over it already.

Free yourself from other people’s opinions of you

The final step of DGAF confidence is to always apply it, wherever you may be. Sure, you may think you’ve accepted yourself, but when someone talks sh*t do you shrivel up inside?

Here’s a very simple yet effective habit to develop so that you don’t shrivel up. Whenever someone says something about you, ask yourself, “Do I agree with that?”

You see, 99% of the time people try to get to you, it’s with bullsh*t you don’t actually agree with. If someone walked up to you and said, “Guess what motherf*cker? The Earth is flat”, would you take offense to that? Or would you completely disregard this doltish comment and move on?

When people throw unsubstantiated criticism your way, it’s the same thing. The only reason you’re getting bent out of shape is because it’s about you. All you gotta do is ask yourself, “Do I agree with that?” If you don’t agree, ignore it and move on.

You then ask yourself, “do I agree with that?” And you do agree. Oh f*ck! What do you do now? Do you pack your bags and go home?

Of course not because the person just said something you agree with. It’s the same thing. If someone walked up to me and yelled, “Hey Matt, 1+1 = 2, motherf*cker!” I would just agree with them. Yes, you’re right.

Again, it’s the same thing, the only reason you’re letting it get to you is because it’s about you.

And here’s the thing: Wanna see a hater’s mind detonate? Just agree with him with confidence. Guy won’t know what to do. And if he continues hating, it makes no difference because you’ve already accepted yourself. You’re allowed to still like yourself after doing dumb shit.

The way haters operate is by finding weaknesses in people, places where they feel bad about themselves. And then they drill into them. Once you don’t have those spots anymore, there’s nothing they can do.

So there’s how to stop worrying so much. Assess yourself and unlock that DGAF confidence!

To learn how to attract your personal most amazing woman or man, and turn your relationship into a loving, long-lasting entity… even if you currently feel completely hopeless or broken… check out the next page…