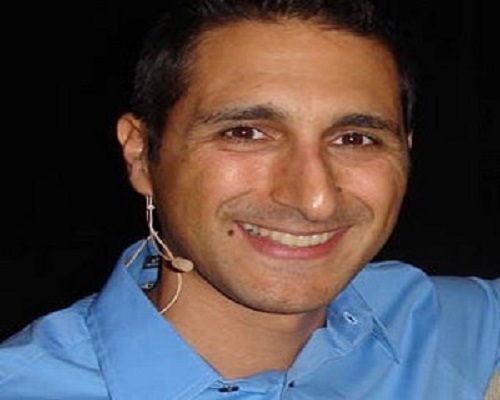 Dating & relationship coach David DeAngelo was born on December 5, 1971 in New York City, and is the founder of the largest dating company in the industry today, “Double Your Dating”. Eben Pagan is his real name. He is a very well respected dating adviser and is considered to be among the top in the industry. David has been invited to numerous TV and radio interviews, and is featured in many articles in numerous newspapers and magazines. His daily newsletters and products have over 1 million subscribers.

David started up his business in 2001 under the company name “Sisonpyh”. Before this he was an agent in the real estate industry. Around the time he was working in seminars and studying business for entrepreneurship, he also started studying dating advice. Back in the late 90s he began his journey as a student of Ross Jeffries.

Eben is a family man and was married to Annie Lalla in 2011. They now live in Santa Monica. Annie is also a dating and relationship coach, and the 2 of them have worked together on some of their products, such as Love The Final Chapter and Intimacy Intensive.

The concepts David talks about in his programs are highly innovative and are based on people’s social, sexual, and personal behavior. Some of these concepts include the inner wuss, counterintuitive behavior, life changes, sexual communication, and emulating the successful.

He has always kept his dating life pretty private, and has been seen with very few women over the years. However, he does talk about his experiences with girlfriends within his programs.

I'm Matt, the founder of LEVO Magazine... I like to write about the stuff that interests me, so you'll find a mix of self-empowerment, dating & relationship, e-marketing, and health & fitness articles, videos, and reviews. We hope this website helps you live the life of your dreams!